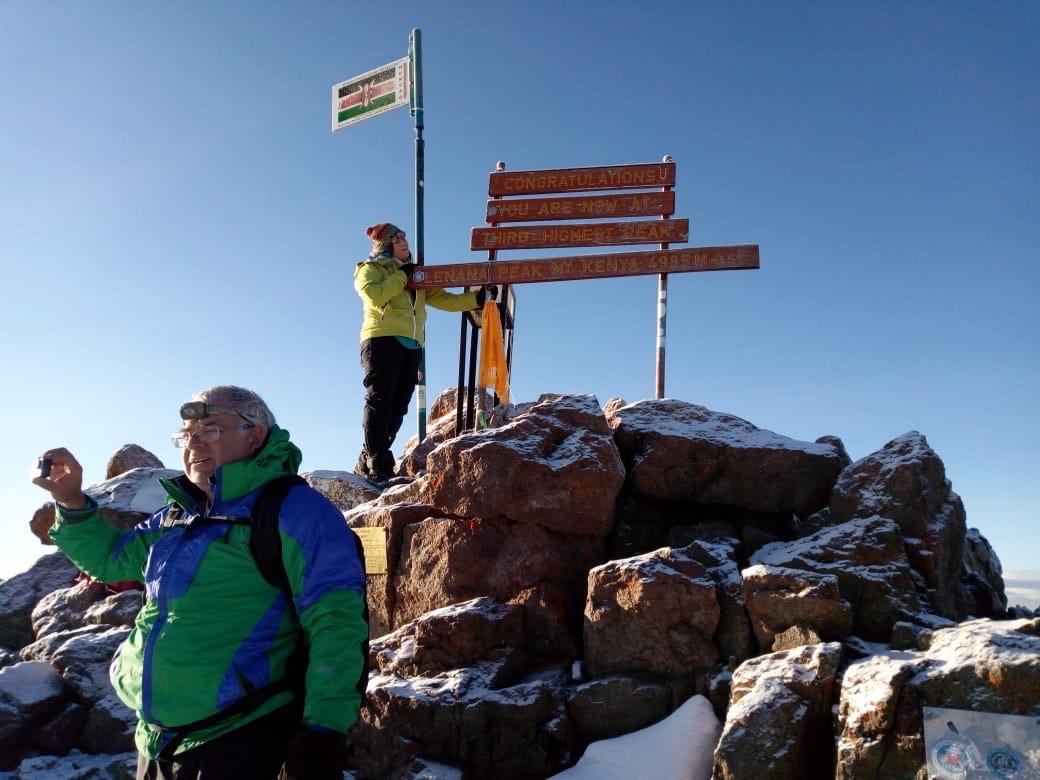 This route provides the easiest and most scenic access to the Northern side of the central peaks, which include Batia, Nelion, and Lenana. The track is 15 km from Nanyuki town heading towards Meru. This route has a lot of advantages that make it more favorable and comfortable.

This route provides access to the peaks, from the eastern side of the mountain. The route begins from chogoria town; about 96km from Embu and 64km from Meru. It is regarded as being the most beautiful route to the mountain. Ernest Carr, who made a vehicle track to the moorland, opened it in the 1920s. It is, however, a much longer route, compared to the others.

Camping is possible at the road head and water is available from a stream that passes by. Mintos Hut (4,300m) is an excellently sited hut on the plateau overlooking Lake Michaelson 300m below. Spectacular views can be sighted at the Nithi George, by walking ten minutes south-east of the Mintos hut to the edge of the “Temple.” From Hall Tarn, the trail continues to the Austria Hut (4,790m) via square Tarn and the Tooth Col, then round the head of the Hobley Valley. Alternatively, Shipton’s Camp (4,200m) may be reached (3 hours), via Simba Col. Drop down towards lower Simba Tarn and turn left to Shipton’s Camp. 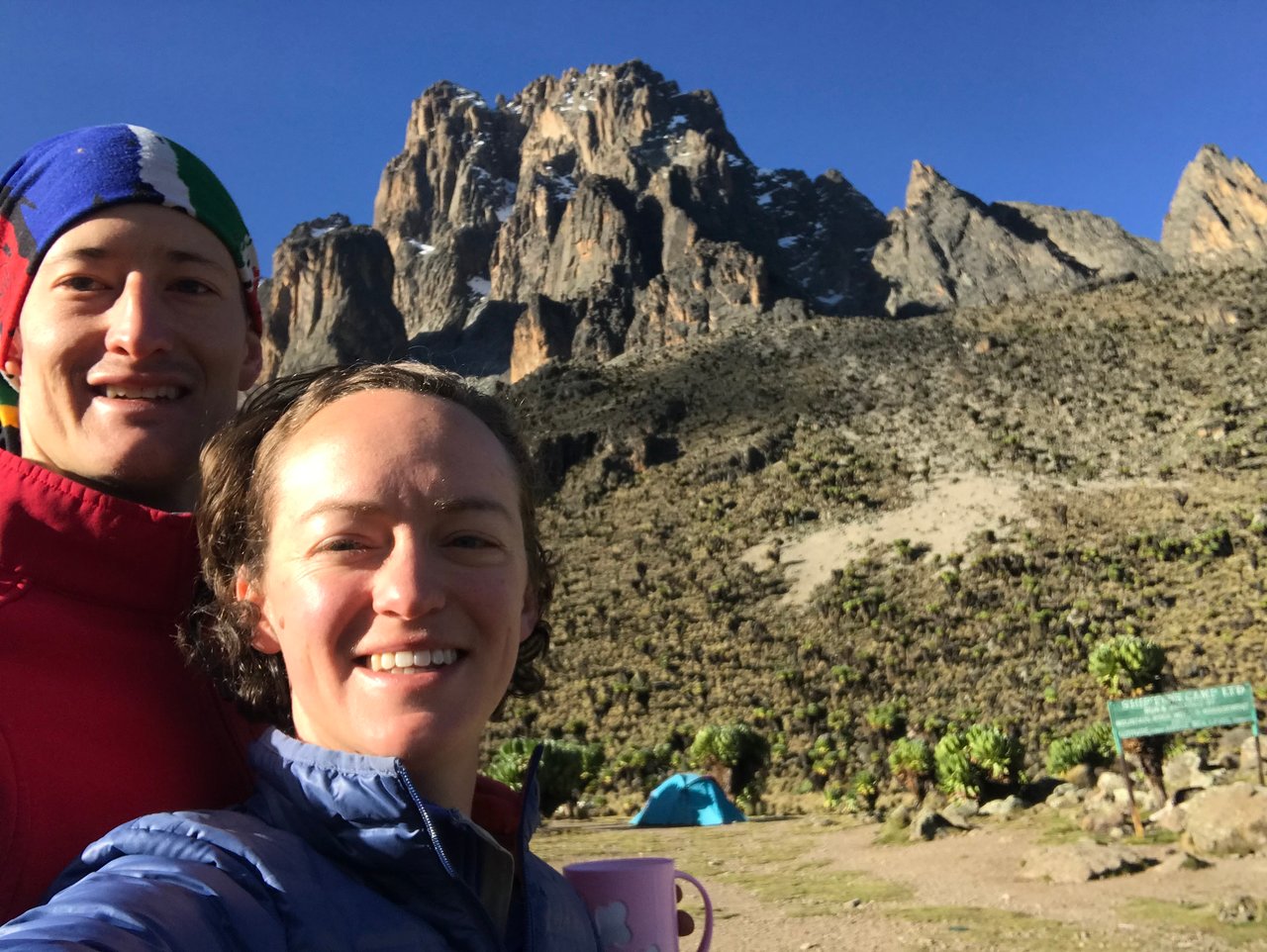 This route to the Teleki Valley and is the shortest way to the peaks. It is the most densely populated with hikers owing to the fact that is the shortest way up, and the most obvious trail. A steep marshy section known as the Vertical bog is reached one hour from Met Station, this section is terrible and is covered in two hours. After three to four hours from Met Station, the path reaches the crest of the ridge overlooking Teleki Valley (4000m)

The path contours along the right-hand side of the Teleki Valley, keeping high and then gradually descending to pass Naro Moru stream to Mackinder’s Camp (4,200m). From Met Station to Mackinder’s camp is app 5-6 hours of hiking. The Austrian hut can be reached in a further 4 hours walk and another 45 min you see point Lenana (4985m) 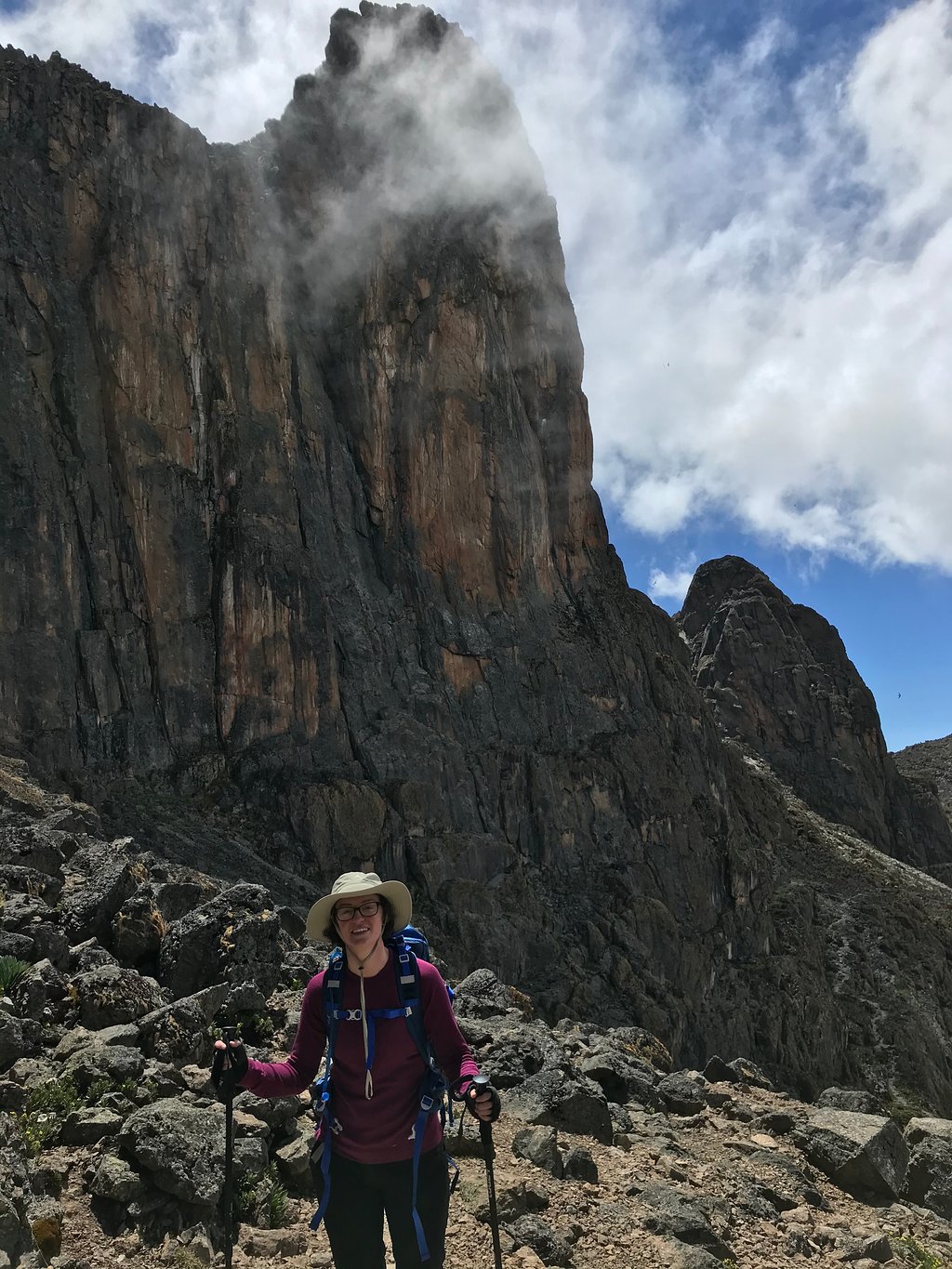 The route starts from Mountain Rock Hotel and goes through the forest past Gathiuru Forest Station to an indistinct road head at the end of the plantation area – 2,500m. The trail continues from here to elephant camp 2,600m. The trail cuts through tropical rainforest till it gets to the more open Hagenia –Hypericum Zone 2860m and eventually to the Heath Zone from where you can now clearly see the peaks. Further on after the castle, there is a good campsite ‘Campi ya farasi’ on which we pitch up our tents for the night.

From ‘Campi ya farasi’, the trail swings left and climbs steeply out of the valley. The ridge bears right again, and a walk over rocky ground brings you round the hill. The trail then swings to the left via the Hausberg Col and Oblong Tarn to Mackinder’s valley and descends down to Shipton’s Camp (4,200m).

Beginning from Shipton’s Camp you ascend directly to Kami Hut, follow the sandy scree to Hausberg Col, and drop steeply to Oblong and Hausberg Tarn for a short rest.

After your rest, the path leads straight on between the two tarn’s to reach the foot of a scree slope that climbs steeply up to reach a col with Nanyuki tarn as its base.

The path trends left and downwards from the col passing below Arthurs seat, trends to reach Nanyuki Tarn, passes to the left of the tarn, to climb a short rocky section, then cross a small col to reach Hut Tarn, turning right to reach Two Tarn Hut (4,490m)

From here the path continues along the right side of the tarn, climbs a bolder to reach scree overlooking Teleki Valley then drops through a steep scree slope to reach Mackinder camp (4,200m).

From Mackinder’s trend northwards to meet a path coming from American Camp, the path to Austrian Hut can be seen snaking up the large scree slope on the opposite side of the valley, follow this clearly cairned path around the head of a valley. Cross boulder scree and a large buttress, trend steeply upwards to reach Tooth Col, from this col it is possible to see down into Georges Valley and Hall Tarns.

The path then drops down to square Tarn, continues to follow cairns trending left and down towards Simba Tarn, drop steeply down towards the lower Simba Tarn the cut across the to the Shipton’s camp. The hiking time to complete the circuit is eleven hours. It is advisable to split the trip into two by spending a night at the Mackinder’s camp on the Teleki Valley (4,200m).

We stay on trails where they exist. This protects the surrounding vegetation and prevents soil erosion.

If we are hiking where no trails exist, we spread the impact (do not hike in a single file) so that we don’t create new trails. When taking breaks, we choose areas that will not show as much sign that people have been there, such as rock or bare ground. Sitting on vegetation leads to its destruction.

A big thanks for making our trip so successful. Your team were amazing, supportive and very professional and treated us with such respect!.

We had the best trip earlier this year. We booked up through GotoMountKenya - Evans was our correspondent, and he is absolutely reliable, and wonderful! He organised everything for us on Mt Kenya, and then took us to Tanzania for our Mt Kilimanjaro adventure.

We really wanted to inform you, that we had a great time on the mountain. We were really well looked after and could enjoy every single minute whilst on Mt Kenya trek. Frances is a very skilled cook and we felt like being served in a five star restaurant every single day. The porters, Samson, Harrison and Peter were always good for a laugh and really helped us getting up the mountain by carrying all the necessary equipment as well as much of our stuff. Daniel always made sure that we could en…

We had the best trip earlier this year. We booked up through GotoMountKenya – Evans was our correspondent, and he is absolutely reliable, and wonderful! He organised everything for us on Mt Kenya, and then took us to Tanzania for our Mt Kilimanjaro adventure.

A big thanks for making our Mt Kenya trip so successful. Your team were amazing, supportive and very professional and treated us with such respect!. .